The sound of the wind, Vilcabamba

THE ART WORKSHOPS ARE BACK TO VILCABAMBA

This article has been read 1,722 times

Ballet, Cinema and stop-motion, Audiovisual Realization, Drawing and Painting, Guitar, Present Body Dance, Urban Dances, Play-acting, Singing, Literary Creation, are the ten artistic disciplines that are offered in the modality of Face-to-face Workshops, for children, youth and adults, at the Vilcabamba Technological Institute (via Yamburara Bajo).

The workshops, which have the endorsement of the House of Culture of Loja, started in october, and resumed, along with the school year, the first week of January 2022.

These workshops were born at the initiative of Altaira Rojas, a social communicator and cultural manager from Loja, who has been carrying out activities related to art in Vilcabamba for 6 years, and now directs the Film workshops. Some residents may remember, in 2017, when she directed a production in stop-motion about the myths and legends of Vilcabamba. Five teachers and 30 children participated in this work.

After the pandemic, Altaira, who is a member of the Casa de la Cultura, made the decision to come to live in the Sacred Valley with her 7-year-old son Ismael and continue her work of promoting art in the community.

“I brought this proposal, and some people joined. One of them, María Elena Íñiguez, who belongs to the Eco-Club Vilcabamba and then many more local people have been helping me”, recounts. But it has not been an easy process.

“It started with a diagnosis, which took us a year. We did surveys, interviews, to find out what children, youth and adults wanted to learn”, Explain.

The space where the workshops are held is managed by the Technological Institute and the House of Culture. And then everything is self-financed with what the parents pay for the workshops, which have an average cost of $35 per month.

"We are still waiting for the signing of the agreement between these two institutions to be able to start managing other types of financing"Altaira says. Everything depends on the rector of the Technological Institute, Richard Ruiz; and the director of the House of Culture, Diego Naranjo. 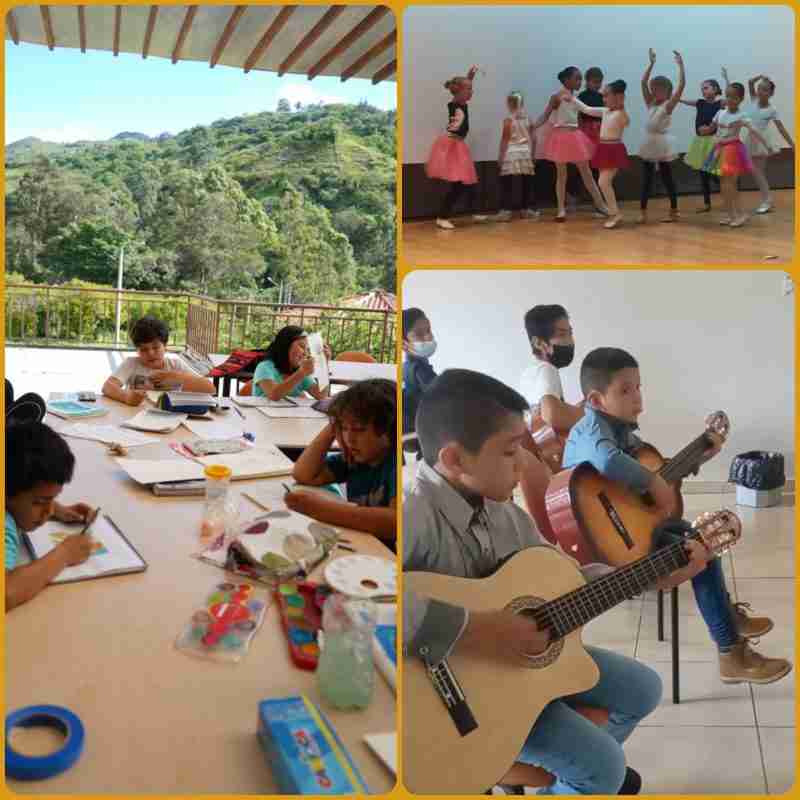 This project needs support to be able to sustain itself in the long term. It has a social character, so it seeks to grant scholarships to students. At the moment, 30% has a scholarship, and there is a list of 20 children waiting. This can only be achieved with external support. Therefore, Altaira asks the community, local businesses, those who can afford it, to sponsor a child.

Another issue that makes it difficult to access the workshops is distance. "There are parents who bring their children from other communities and pay $6 for the taxi, because there is no internal public transport here".

Despite these drawbacks, Altaira has moved forward with great enthusiasm, and they have already made a presentation of what has been achieved in just 2 months. At the moment, there are between 40-50 participants, and 8 teachers.

There are the Drawing and Painting workshops, with David Saritama, plastic artist. The singing and guitar workshop, with Fabián Pico, musician and artist. The Dance Body Present workshop, with the dancer Tamara Ortega, and Literary Creation, with the writer Marcela Noriega. All of them residents in Vilcabamba.

On the other hand, the Urban Dance and Ballet Workshops are taught by teachers from the Loja Danza Academy, one of the oldest and most prestigious in Loja. Francel Vargas will be teaching and the Sunday classes will be taught by the director of the academy, Aura Ocampo. And Sandra Urueña joins the staff, with the Ludiactuación Workshop for children and adults.

Fabián Pico, teacher of singing and guitar, is of Colombian origin, and studied with Ukrainian teachers, at the Autonomous University of Bucaramanga, one of the best in music. “I came to Vilcabamba to play with the band Mandango Stereo. I have also played with rock, jazz and blues bands. Also, I was a professor in many institutions in Colombia. Now I am here, and we hope that there will be an important artistic growth in the area”, comment.

For his part, David Saritama, a plastic artist and designer from Loja, has lived in Vilcabamba for 3 years, and already had experience working with children. “This is an activity that children need. They are in an exploration stage. They feel a natural affinity for art. They love going to classes, they are always ready and on point”, He says.

For him, it is not just about teaching a technique, “but also instill in them the parameters that govern life in society, such as creativity, the importance of creating, sharing with others, teaching and learning”.

If you want to be part of the Workshops, you can go to the Institute, or contact Altaira Rojas on whatsapp 099 929 1508. 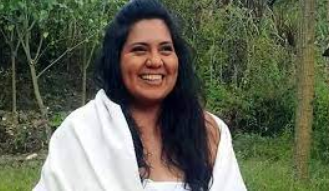